The objective was to design a corporate character for JSC Altbank.

Alt is a super tech robot living in the digital world of finance. He does multitasking and is able to help all the bank’s clients in any non-standard situations. The robot’s face is a three-dimensional spherical display, on which Alt visualizes information—in particular, his emotions—to appear more human. 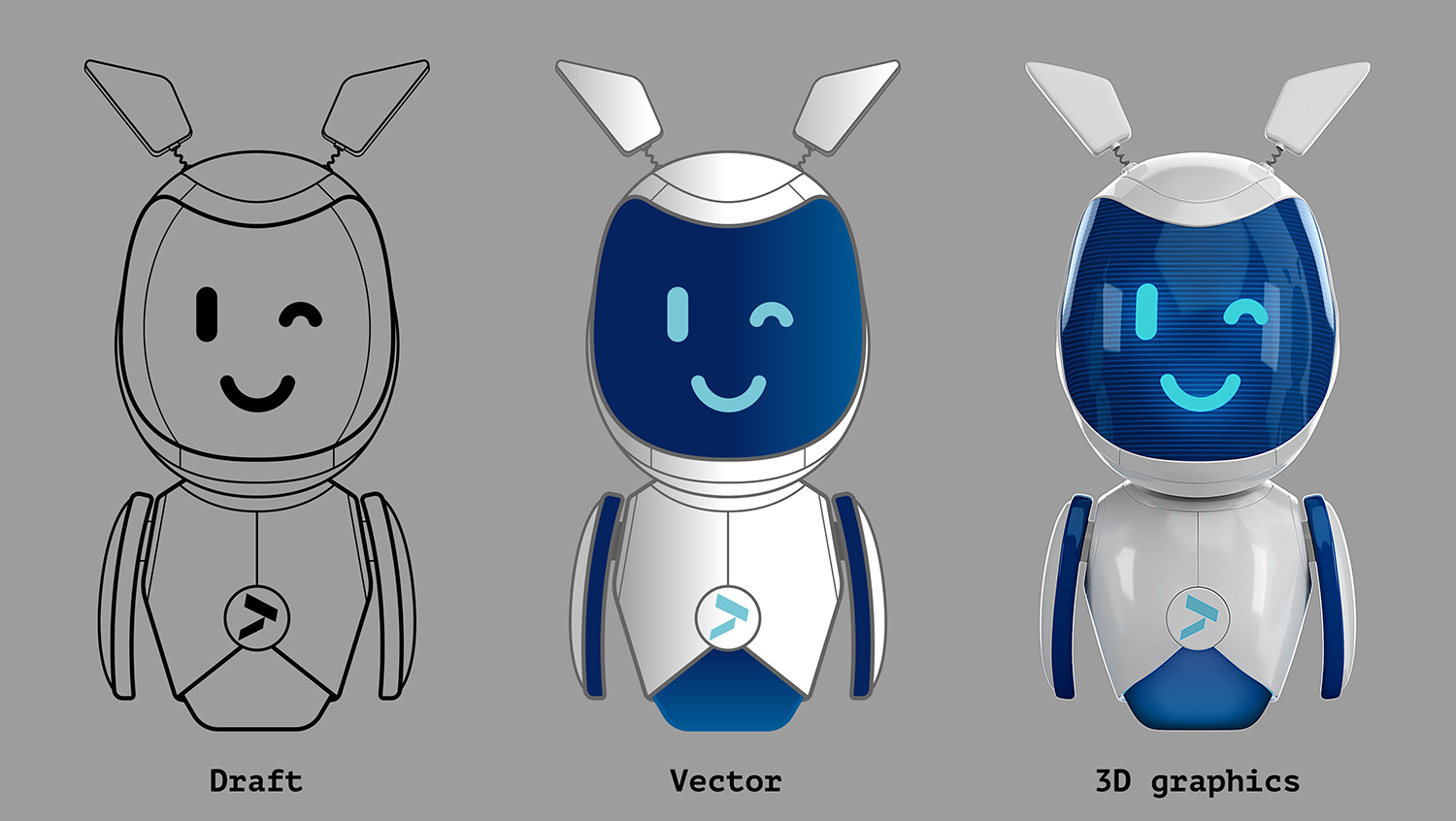 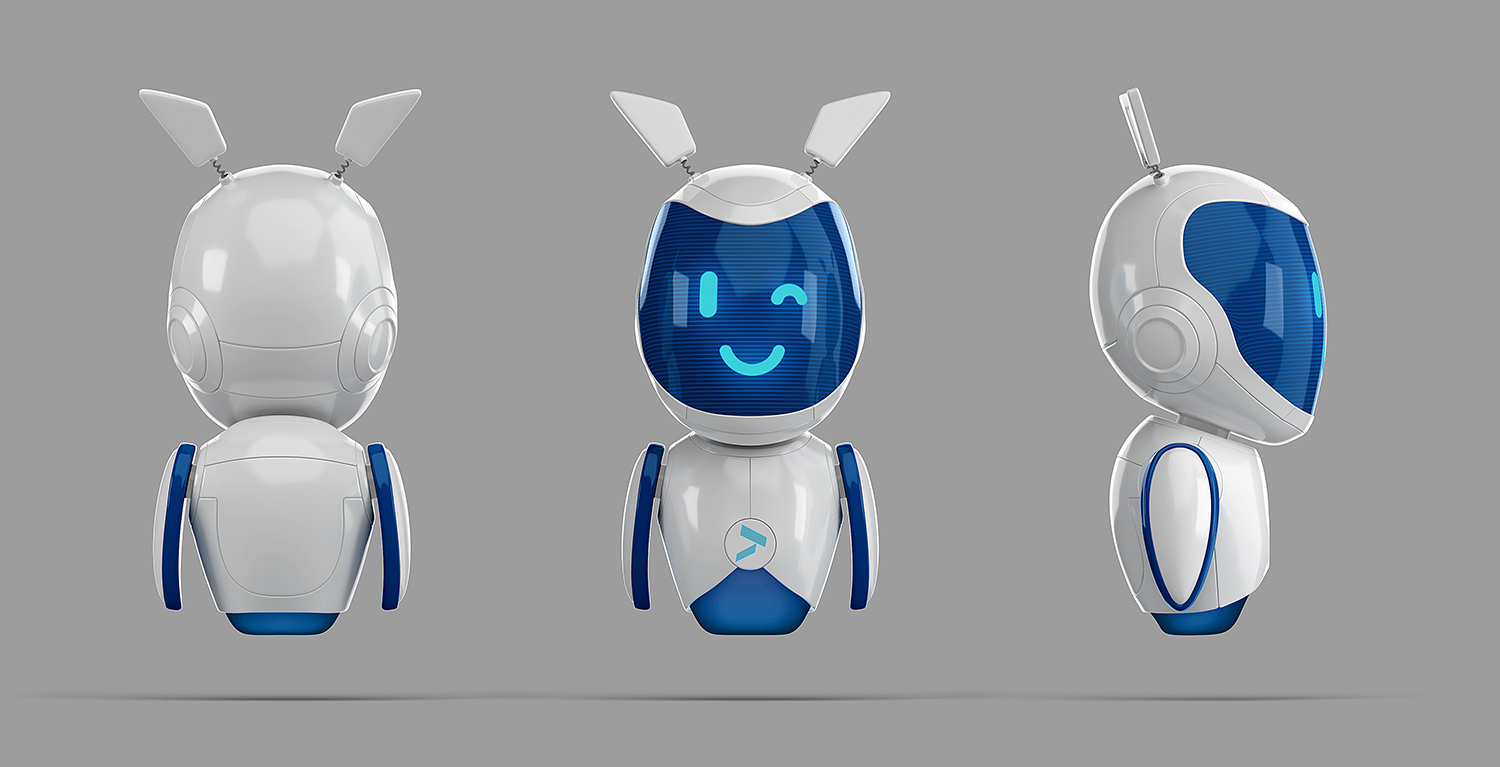 Vector animation for the bank’s mobile application was drawn (in JSON format) based on the rotating 3D model. 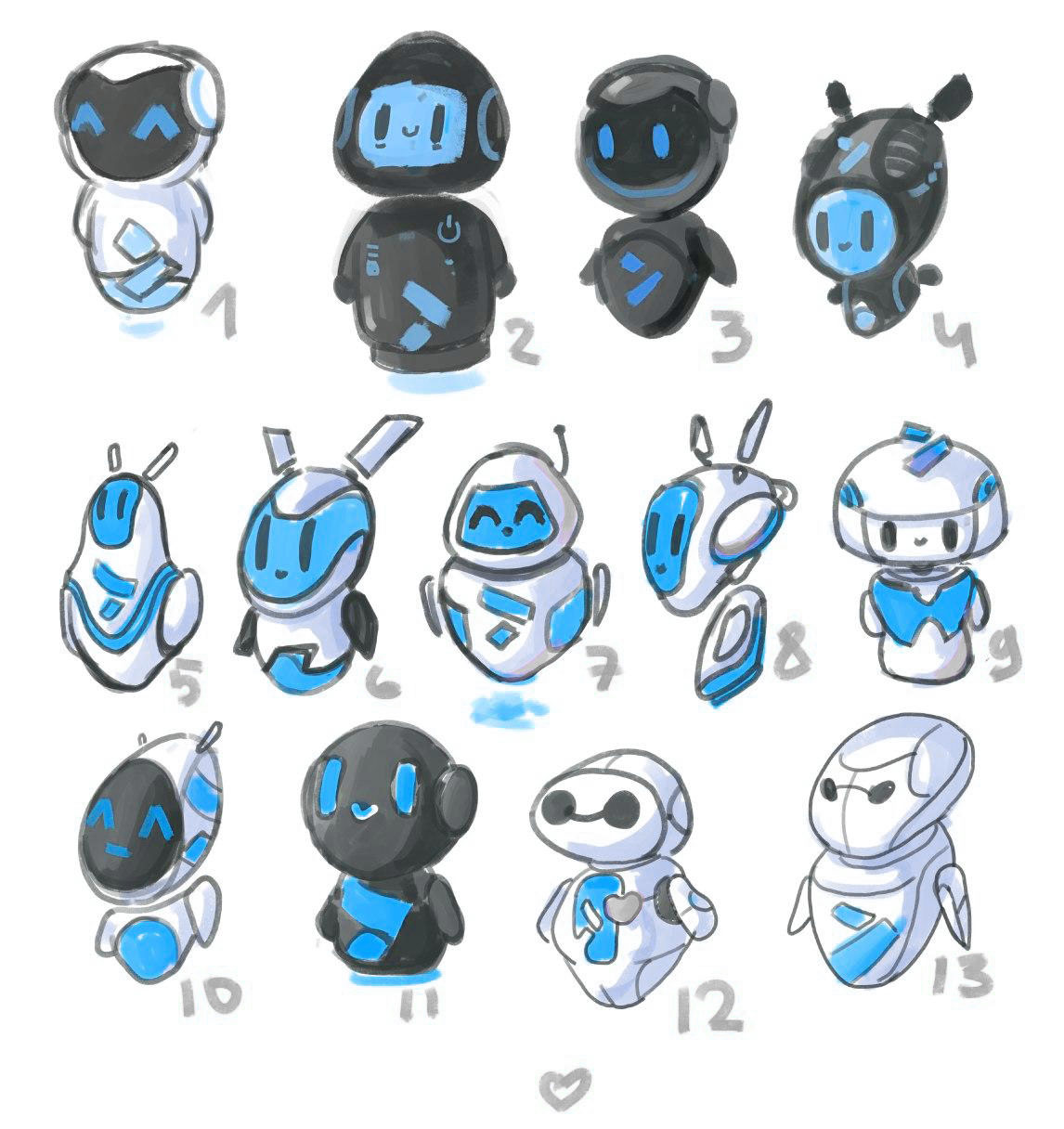 The design of the corporate character for the bank was started with sketches. The competition involved 13 robots. Sketch number 6 won.

A more detailed illustration of the Altbank mascot. 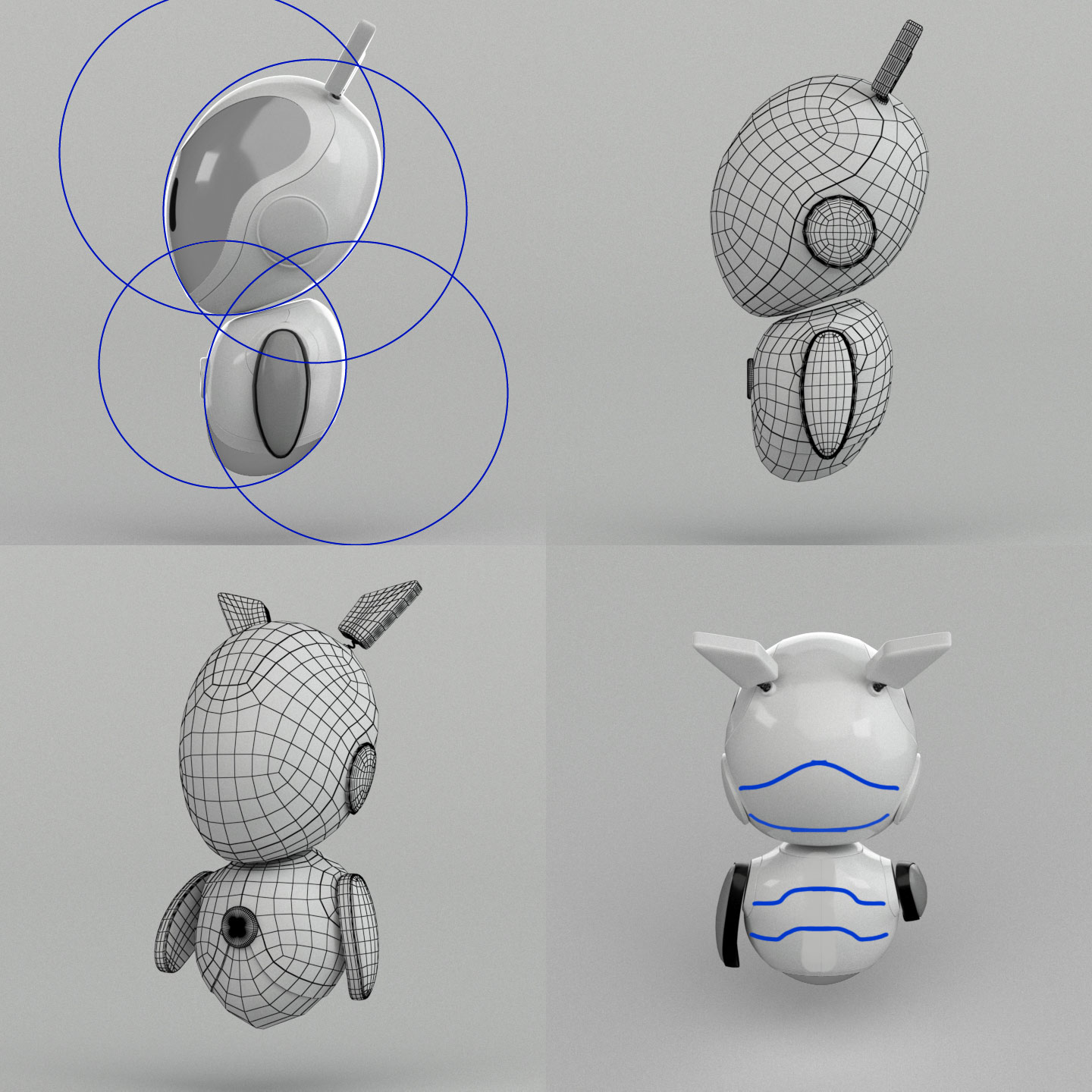 The process of the corporate character’s 3D modeling.

monobank is a bank in your pocket