The American Chamber of Commerce has been present in Ukraine since 1992—virtually since its independence. 2017 was an anniversary year for the Chamber, so the cover of the Ukraine Country Profile book was supplemented with the slogan: “25 years in Ukraine fighting for your business”. To honor this, the cover design was executed in traditional Ukrainian patterns. 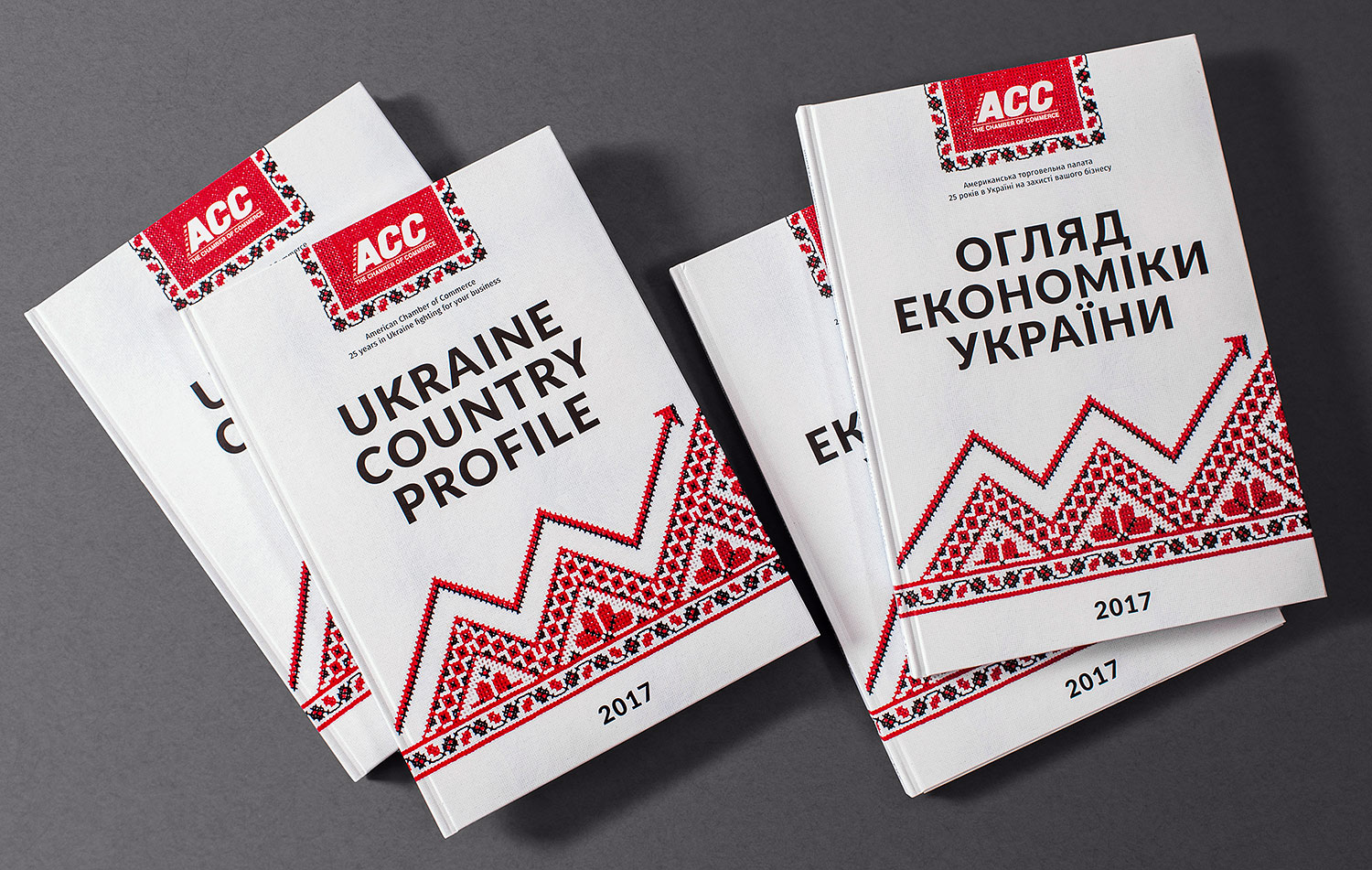 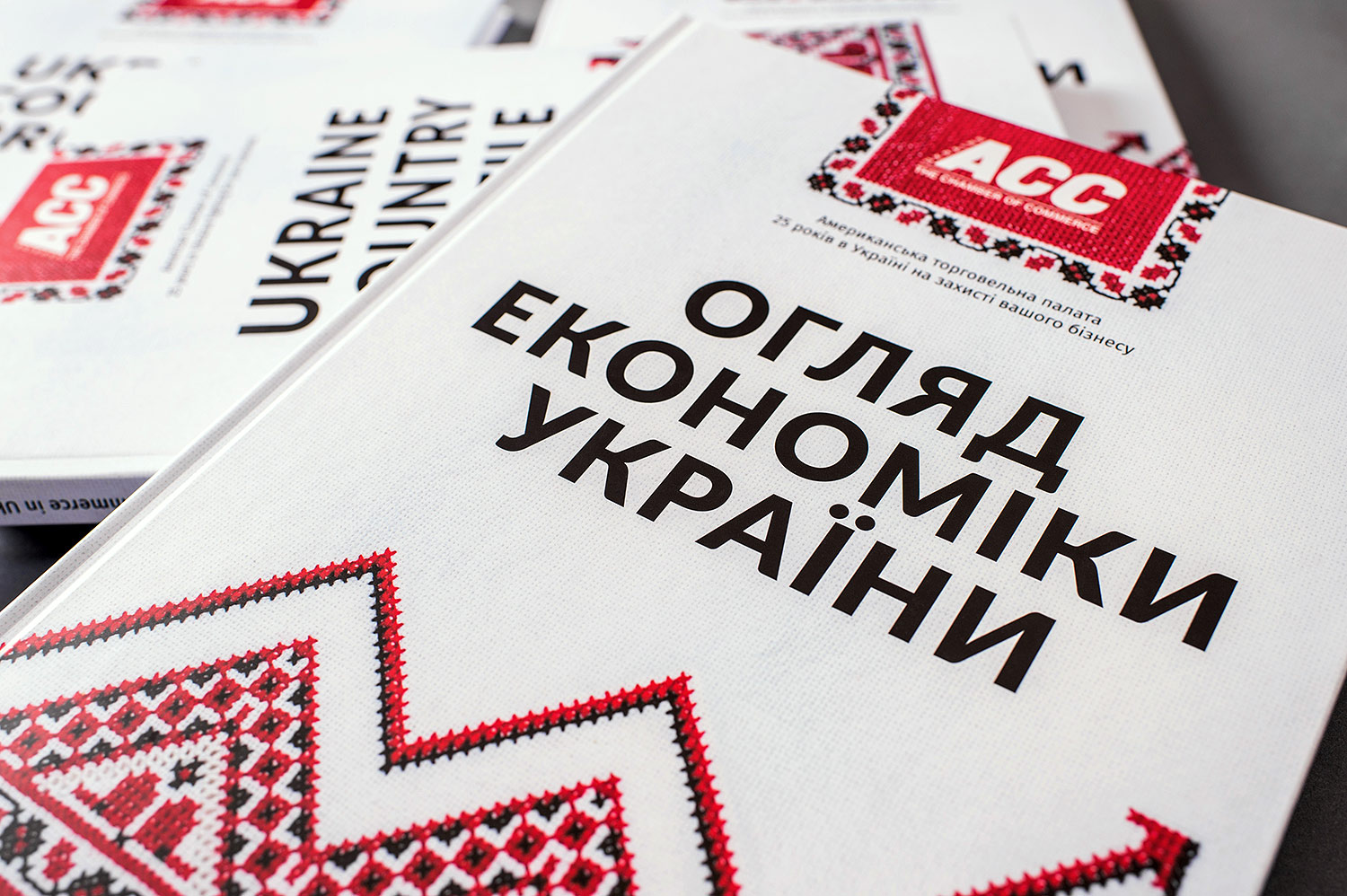 The cover is literally manually embroidered. The embroidery shows financial charts and economic growth—what the book talks about. 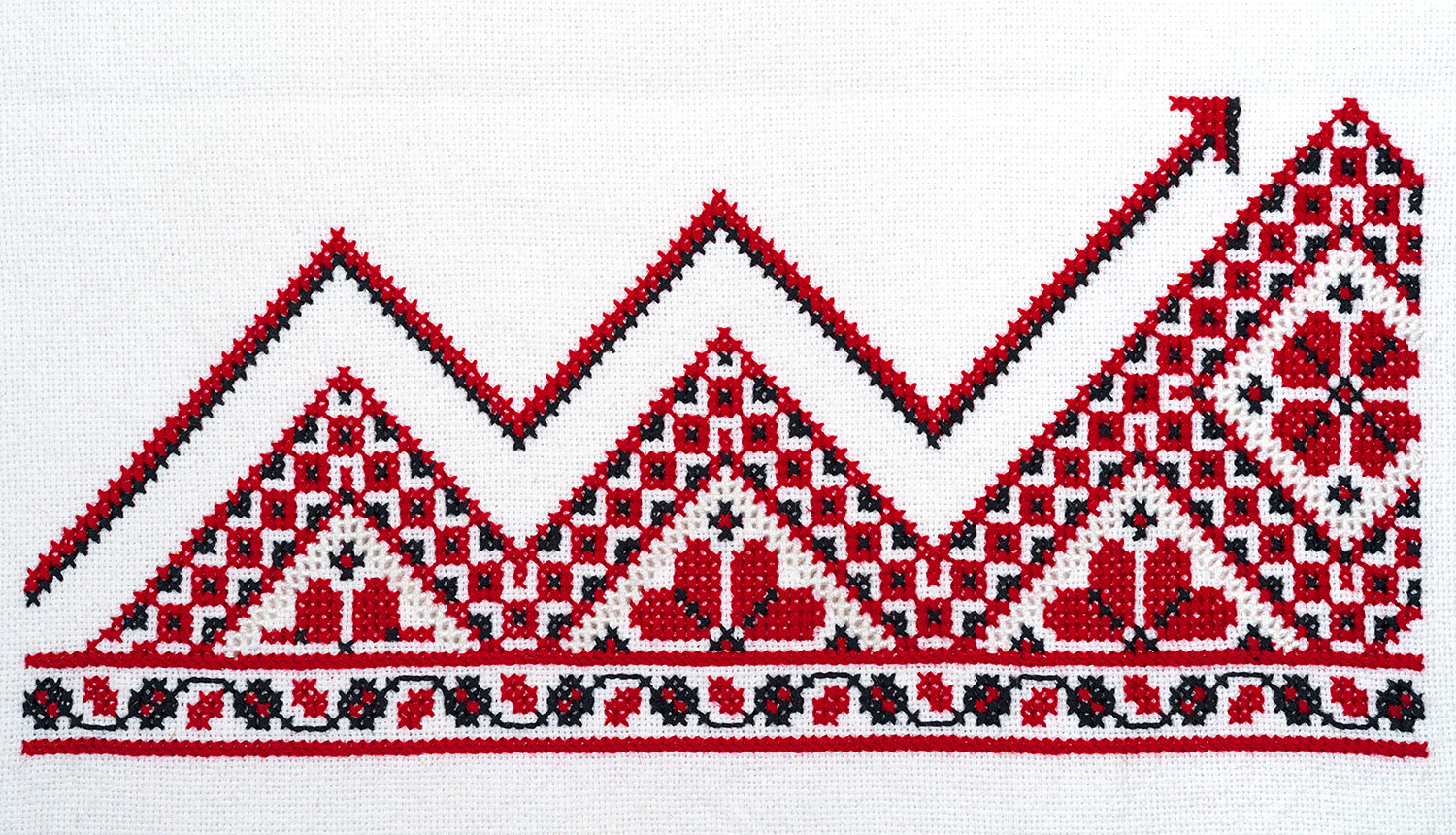 The artisan, using red and black threads—the colors traditional for the Ukrainian embroidery,—created a small rushnyk (embroidered cloth) based on our sketches, which was used as the cover design. 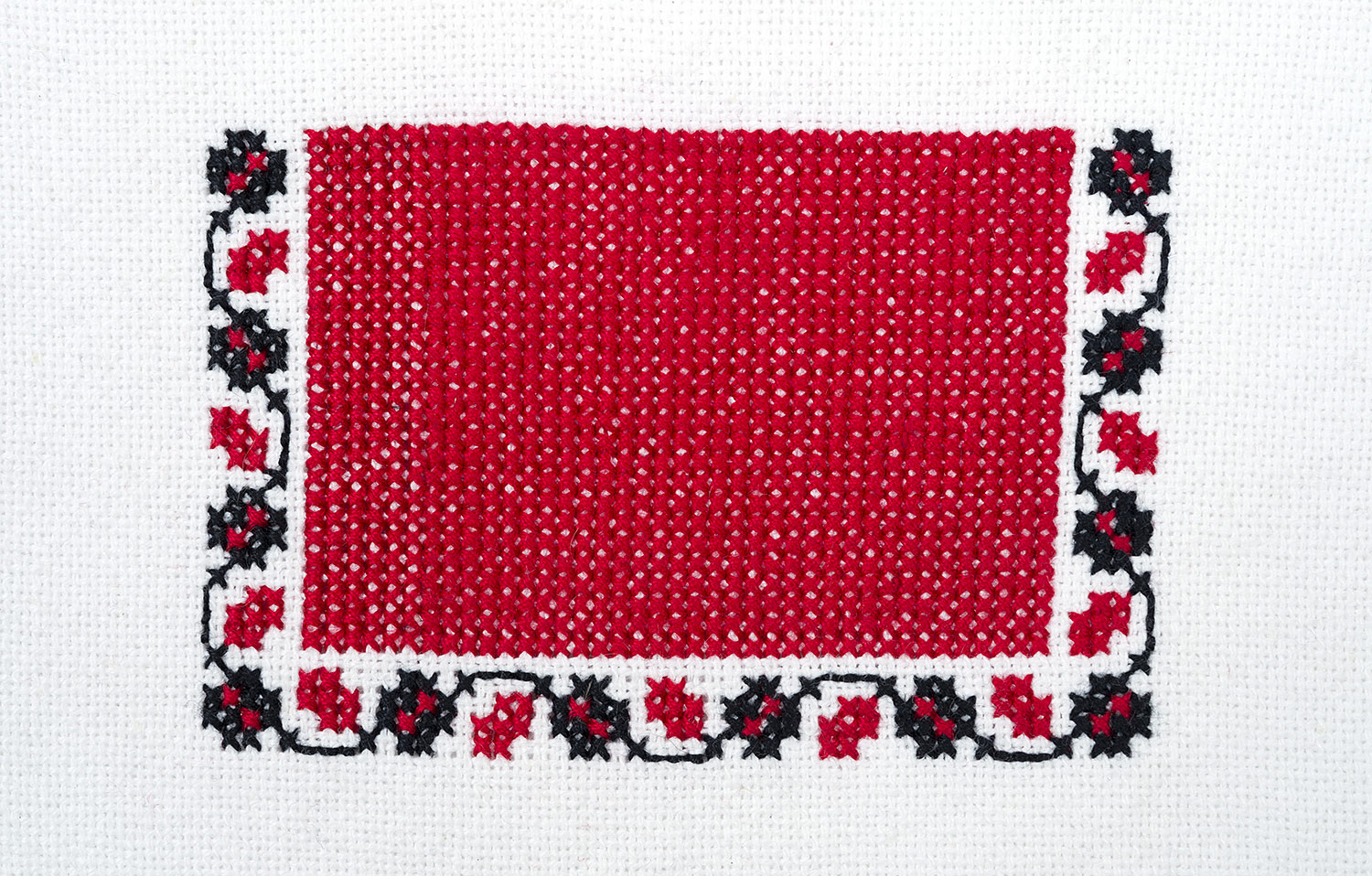 The presentation of economic indicators in the form of infographics has proven itself well. Just like the previous volume, the book contains lots of statistics presented graphically. A unique infographic design was developed for each section so that the layout of the book on the Ukrainian economy looked as appealing as possible. 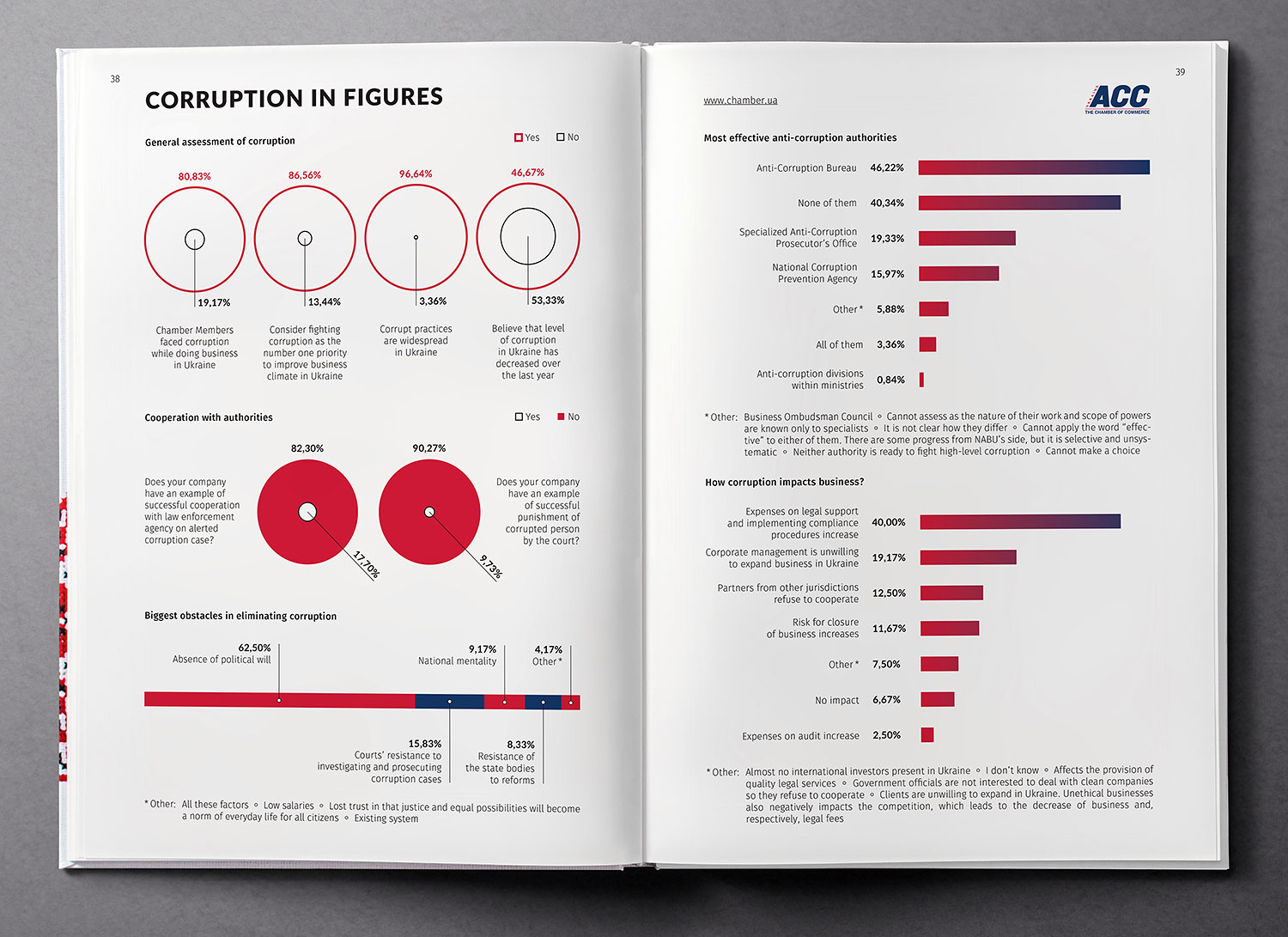 Corruption in figures (by AmCham Ukraine). 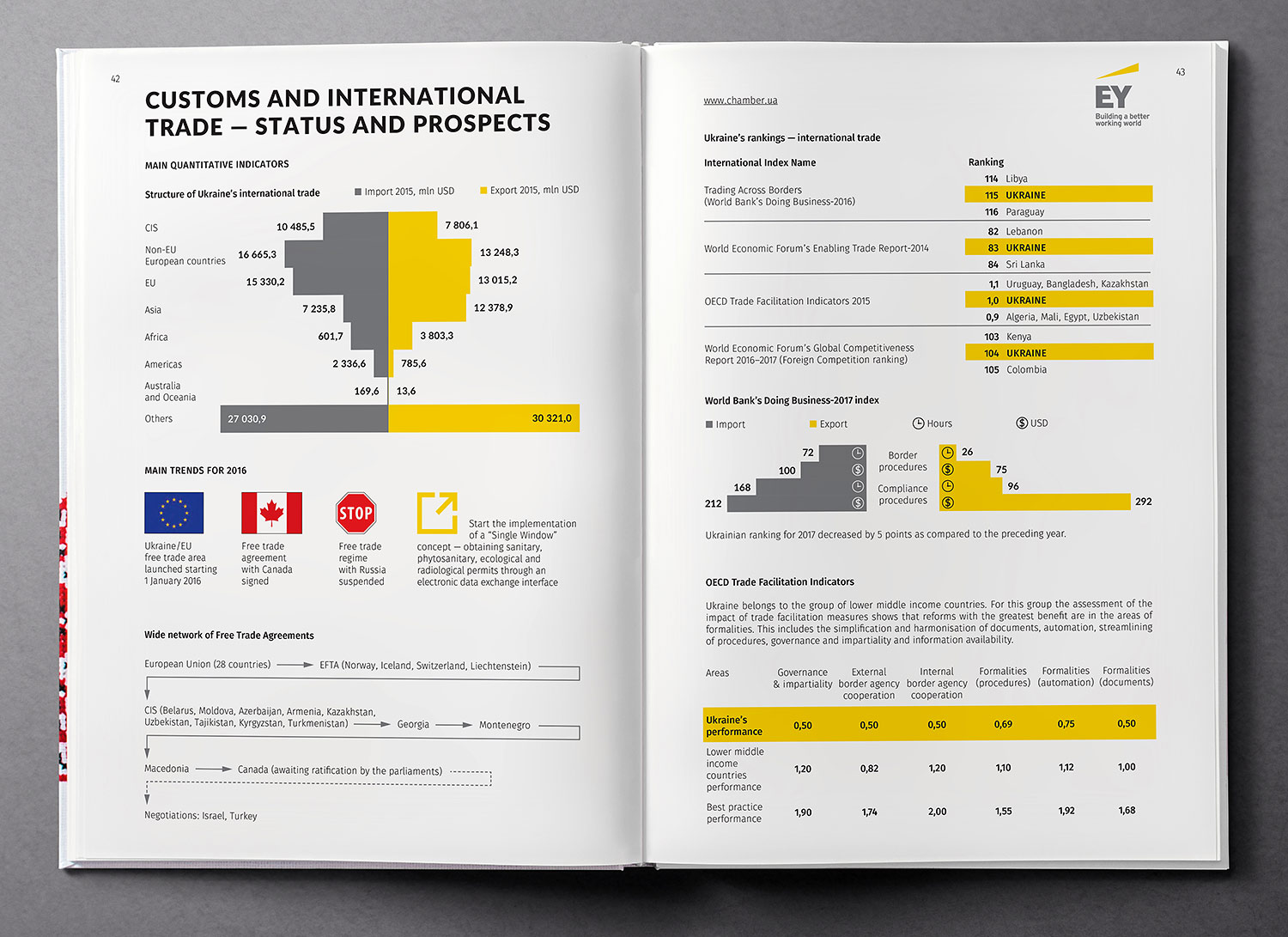 Customs and international trade—status and prospects (by Ernst & Young). 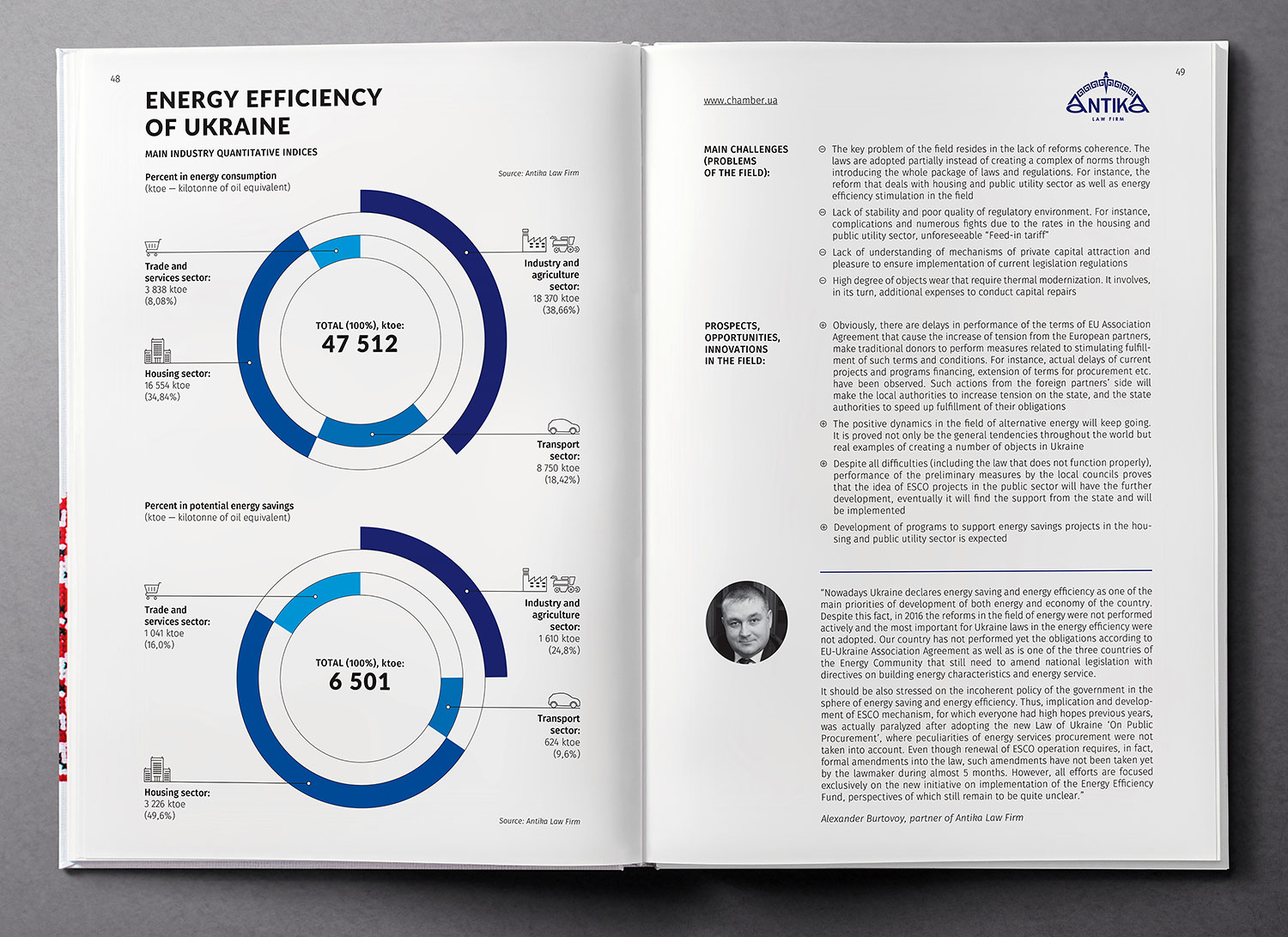 Energy efficiency of Ukraine (by Antika). 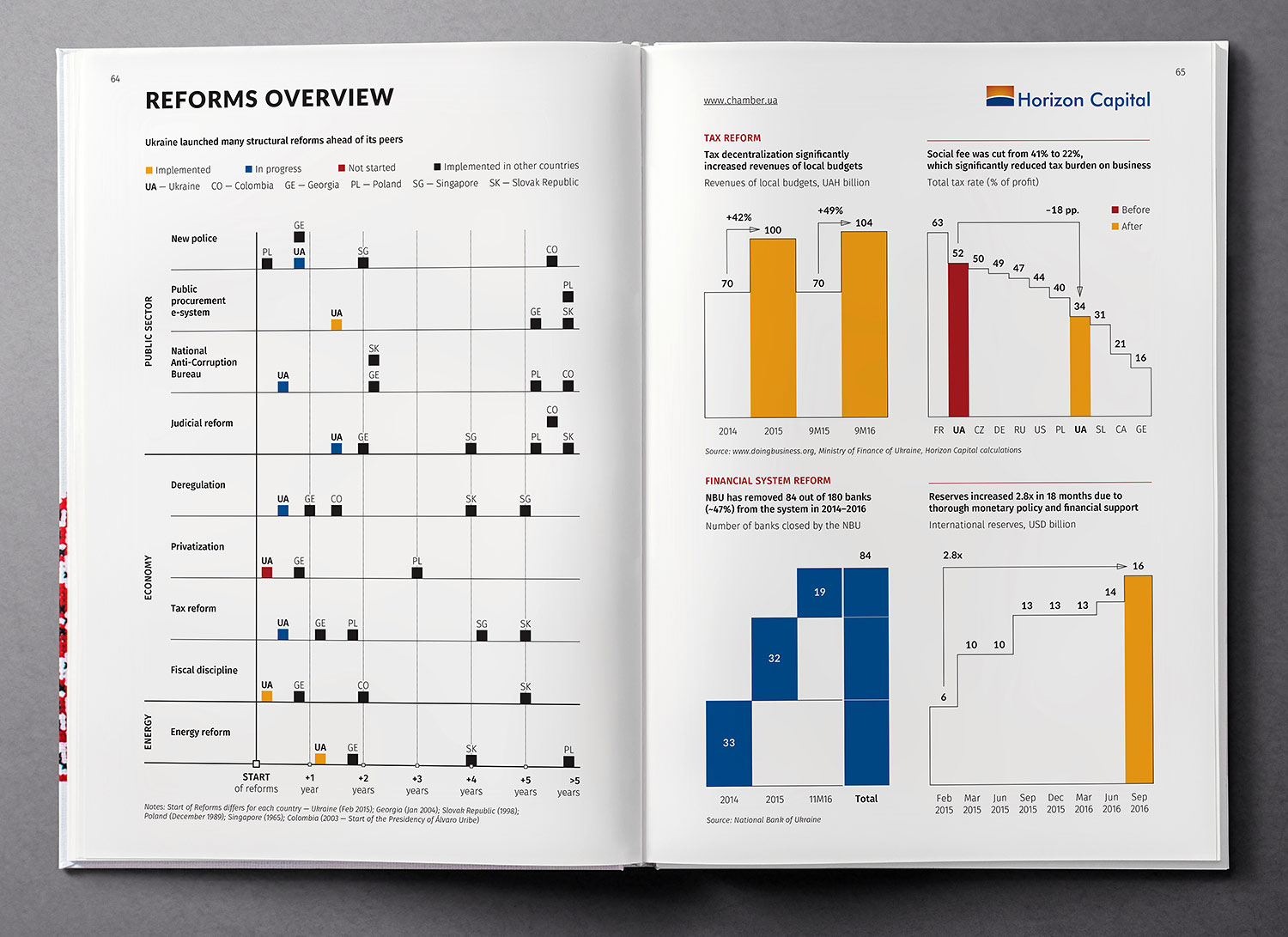 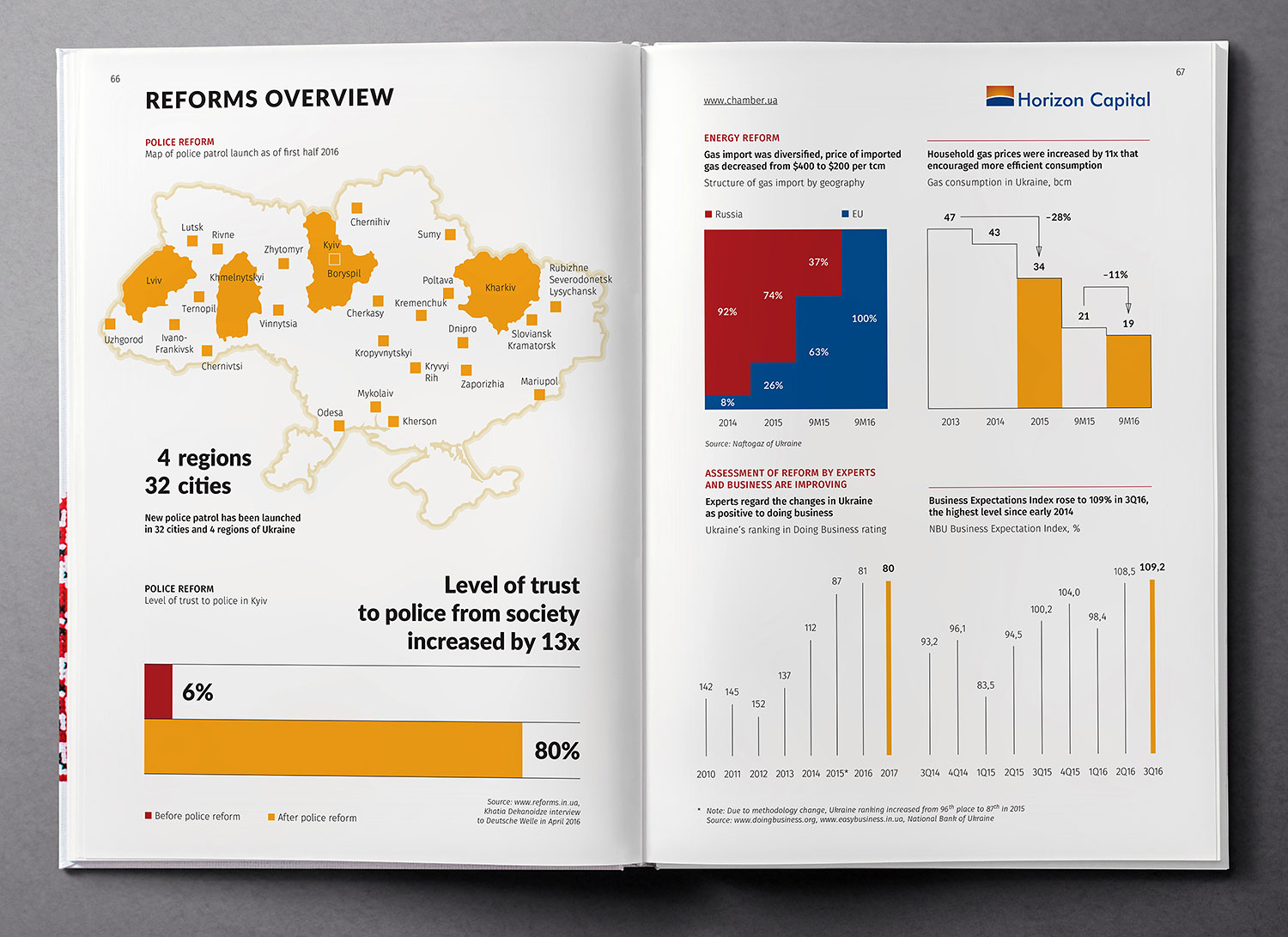 Welcome Kit for the Syngenta conference

The logo of the Polish company “A”